I bet you’ve done one of the following things after a break up:

Dating columnist, Jennifer Wright, wrote a book on the worst-breakups-ever. Naturally, we celebrated at the scene of most after breakup activity crimes: a hair salon.

Agape Match sponsored and co-hosted a spectacular event, Breakups and Blowouts, at John Barrett Salon’s new downtown location off the Bowery. The invite only celebration featured Wright and her new book It Ended Badly: Thirteen of the Worst Breakups in History.

Ladies enjoyed bottomless champagne over strawberries, and a choice of a blow out or a braid. There was a Q&A between world renowned stylist, John Barrett, author Jennifer Wright, and NYC matchmaker, Maria Avgitidis, on breakups and how pampering oneself is synonymous to recovery. 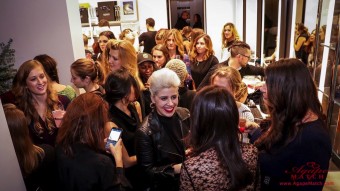 Spanning eras and cultures from ancient Rome to medieval England to 1950s Hollywood, Wright’s book guides you through the worst of the worst in historically bad breakups. In the throes of heartbreak, Emperor Nero had just about everyone he ever loved-from his old tutor to most of his friends-put to death. Oscar Wilde’s lover, whom he went to jail for, abandoned him when faced with being cut off financially from his wealthy family and wrote several self-serving books denying the entire affair. And poor volatile Caroline Lamb sent Lord Byron one hell of a torch letter and enclosed a bloody lock of her own pubic hair. Your obsessive social media stalking of your ex isn’t looking so bad now, is it? 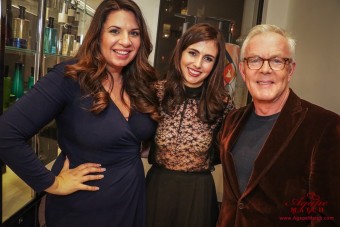 With a wry wit and considerable empathy, Wright digs deep into the archives to bring these thirteen terrible breakups to life. She educates, entertains, and really puts your own bad breakup conduct into perspective. It Ended Badly is for anyone who’s ever loved and lost and maybe sent one too many ill-considered late-night emails to their ex, reminding us that no matter how badly we’ve behaved, no one is as bad as Henry VIII. 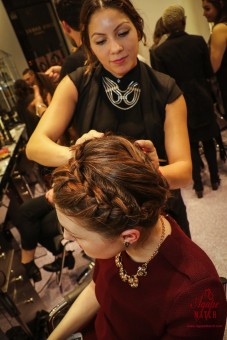 More photos of the awesome event can be found here.

Join today. It’s the first step to meeting The One.